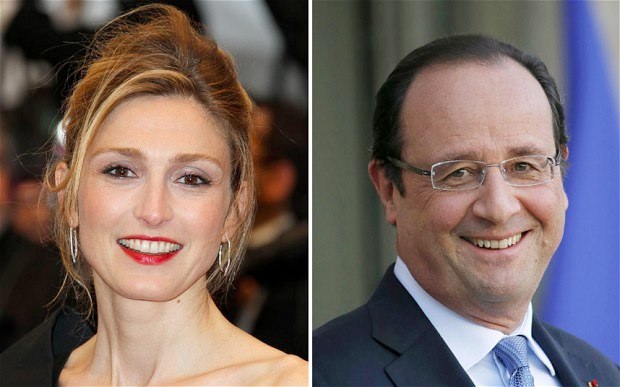 The French president’s reputation continues to suffer: the economic crisis, mass discontent throughout the country, and now a love affair with the actress Julie Gayet. Of course Hollande himself denies this information, asking us to recall that now he is in a relationship with a journalist Valerie Trierveyler for the sake of whom he abandoned his school love and an intraparty opponent Segolene Royal. By the way, he has four children from the latter.

This information came out when the edition of the tabloid Closer published seven pages with pictures and revelations about the alleged romance of the French President with a popular 41 year old actress Julie Gayet, who starred in more than 50 films. Rumors about their affair were around the Internet for months. 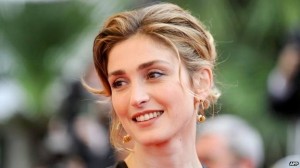 After that Francois Hollande threatened to sue the magazine, because he thinks that this publication is an “infringe on privacy.” But before that, In March last year, Gaye sent a complaint to the prosecutor’s office in Paris, accusing several bloggers and various websites spreading rumors (if you remember I’ve told that the rumors about their affair spread in the Internet). However, this led to nothing. What’s more interesting for me, however, is that the President actually didn’t deny all these rumors.

As for me, I think that Hollande’s behavior resembles the French amorous adventures of his predecessor Nicolas Sarkozy. And of course this new accusation of love affair and relationships with the famous actress Julie Gayet, can negatively affect not only President’s family life but also his political career. As far as I know, Francois Hollande has now one of the lowest ratings in the history of the presidency in France – no more than 30%. Hollande is being regularly criticized by his own citizens, and it is entirely predictable that this new threat to the reputation of the President is connected with the desire to set up a negative attitude towards him from the rest of society .

I do not know whether these rumors are true, maybe Julie Gayet and Francois Hollande affair is just a fiction. However, there is no secret that the Western media, which have quite a considerable practice of protecting their rights regarding the information they publish in the court, would not have printed the information that cannot be confirmed. And if it is printed, it means they have specific legal arguments to prove that the article is not just an invasion of privacy, that it is on the contrary socially important information. Well, we’ll see.

Like everyone else on Planet Earth, I’ve read the different Harry Potter books and seen the movies, and I consider myself a pretty big Harry Potter fan. Let’s just say I win a lot of trivia games when Harry Potter comes up. So I was pretty excited last year with Harry Potter author J.K. Rowling announced Pottermore, an online site dedicated to extending the Harry Potter experience. It wasn’t quite clear what it would be all about but there were rumors of participating in the world of Harry Potter with an online game, like an MMO or something similar.

Unfortunately, I didn’t get into the beta testing group, which was a disappointment, so like everyone else I patiently waited for Pottermore to be available to the public, and this weekend, it was released. I was able to create my account on Saturday morning. There was a little initial disappointment when the system said I would have to wait a bit for the invite, but it arrived a few hours later and just like that, I was finally in Pottermore.

So let’s be clear: Pottermore isn’t much of a game, especially if you’re comparing it to other more elaborate MMOs like World of Warcraft or Rift. It doesn’t even stack up as a game against simpler kids casual games like Wizard 101 or Poptropica. What it really is: a kind of extended reading game based on the books. The experience is divided into Chapters, just like the books and each chapter is a series of “Moments.” It’s in these moments that you interact with the scenes, clicking around to find hidden items, galleons, and collectible chocolate frog cards. You can also unlock special new stories and essays from J.K. Rowling that give more background and insight to Harry Potter. Going through all seventeen chapters in one sitting is a little tedious, and you might want to look up some Pottermore cheats to help you out if you get stuck.

There are some game elements like wizard’s duels, where you can compete against players from rival houses for points. You can also brew potions for points, but that’s really about it. So while Pottermore was interesting to read and it was fun to learn some new things about the Harry Potter universe, I was kind of left wondering if it’s Pottermore or Potterless.

I’m sure, many of you are wondering if we were just like our kids when we were kids. But I’m just amazed how creative and witty they become over time.

It was this instance when the local librarian comes to the daycare and does a special storytime or maybe make craft with the kids. Today we created a snowman made from cotton. My youngest wants to create his own snowman.

Here’s my eldest snowman with the help of mommy. 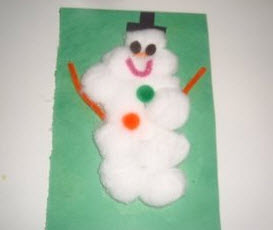 And here’s my youngest – when I finally saw his snowman, I said “WOW, what are you making over here?” 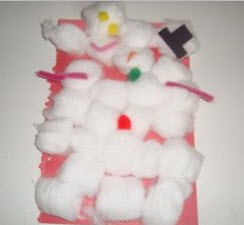 And his immediate reply was “Mine is a melted Snowman!”.

I’m so proud of him!

One of the nice things about being an adult is that you’ve got freedom to do just about whatever you want to. That includes being free to change. Free to change your ways, old habits, things that get you stuck in a rut. For many of us it’s difficult to make change in our lives but once you unlock your ability to make change without fear of repercussion, then you are truly free.

This was just a random thought, or really a series of thoughts, that I had while I was out shopping for some cheap mattresses for the kids bedrooms today. I think I get pretty deep when I go shopping.

Been spending most of the week staring out into space and watching the raindrops hit the window. I like how they make little streaks as they slowly slide down the window pane before they disappear. Sometimes they merge with another raindrop and make little droplet friends. It’s been wet and overcast for days and I’m a little bored I guess. I even got to wondering why raindrops are different sizes.

The littlest one is doing great and is crawling around all over the house. She moves so fast now it’s unbelievable. I have to follow her around all the time to make sure she doesn’t crawl into anything. She’s also outgrowing all of her baby clothes. I did treat myself to a secondhand Coach diaper bag the other day. Can’t afford a new one, but I got one off eBay that was barely used and in great shape. As far as diaper bags go, it’s pretty classy. It’s one of the Addison collection bags and I think it goes for like $500 new but I got it for less than $200. It’s still a lot of money to spend on a diaper bag, but I can’t stand carrying around a really ugly one. That’s just me, I suppose.

Another thing I like to do when it’s raining outside is to sew. It’s a skill I learned from my mother many years ago and something that sadly not too many people know how to do anymore. I’ve been collecting some dressmaking patterns and am trying to put together a nice sundress for my daughter. I wish I had my mother’s sewing talent and patience with all the cutting, thread, and sorting through the materials. I know some basic stitches and can operate a sewing machine but I can see that it’s a lost art.

Meanwhile, the older child is playing a lot of video games right now. He’s stopped playing Club Penguin at long last and now his latest obsession is Tiny Tower, which he plays on his mobile phone. He loves the video games! He was very excited this week when a new mission came out on his other favorite game, Poptropica. He was busy playing it all day today and having a great time with the game. Lately he’s been playing a mission called SOS Island, which is all about a cruise ship that hits an iceberg. It’s so very Titanic!

I’ve been doing a lot of singing lately when I have the time. Mostly practicing with the church choir and then while walking around the house. People tell me I have a great voice. Maybe if I was 10 years younger and without kids I’d try out the Season 11 auditions for American Idol. But that’s not going to happen now!